"Miracle Drug" lyrics by U2 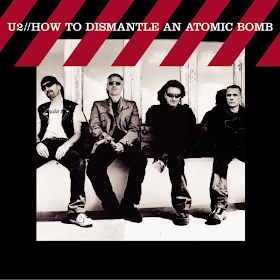 "Miracle Drug" Lyrics by U2 from the How to Dismantle an Atomic Bomb album.


The lyrics were written about the late Irish writer Christopher Nolan, with whom the band attended Mount Temple Comprehensive School.

"We all went to the same school and just as we were leaving, a fellow called Christopher Nolan arrived. He had been deprived of oxygen for two hours when he was born, so he was paraplegic. But his mother believed he could understand what was going on and used to teach him at home. Eventually, they discovered a drug that allowed him to move one muscle in his neck. So they attached this unicorn device to his forehead and he learned to type.

And out of him came all these poems that he'd been storing up in his head. Then he put out a collection called Dam-Burst of Dreams, which won a load of awards and he went off to university and became a genius. All because of a mother's love and a medical breakthrough."

The songs are in your eyes
I see them when you smile
I've seen enough, I'm not giving up
On a miracle drug

I am you and you are mine
Love makes nonsense of space
And time will disappear
Love and logic keep us clear
Reason is on our side, love