Dear Bono, why is Everything I Know Wrong? What do you mean? 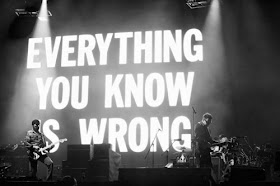 Dear Bono, why is everything I know wrong? or 10 Questions to ask Bono!


If I had some kind of miracle opportunity to sit down with U2's Bono I'm not sure where I'd start.

Perhaps we'd start with some red wine, I'd compliment him on his efforts to reduce third world debt and make a joke about George Bush or Trump.

I'd then hit him with these 10 questions about U2, their lyrics and get him to explain why he thinks everything I know is wrong.