What is Bono's 'Dream Out Loud' Lyric all about? 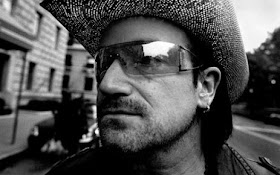 What is Bono's 'Dream Out Loud' Lyric all about?


Keen listeners to U2 might have heard Bono sing the lyric 'dream out loud' on a few U2 songs.

Here's a brief run down on what those songs are.

Lucky fans who attended the Love Town Tour in the late 80's might have head Bono first ad lib the line into the live set.

A couple of years later after U2 dreamt it all up again, Achtung Baby's Acrobat featured the lyrics:

In this case dreaming out loud would appear to be the exercise of getting on with getting your dreams and schemes accomplished.

The coda in the title track of "Zooropa" repeated "dream out loud" as a kind of mantra, which Bono supposedly included as a direct reference to "Acrobat". Given the Zooropa album is often considered a cousin or companion album to Achtung Baby, it's a nice little link that Bono made.

In the Pop era 'dream out loud' was spoken by Bono in the PopMart: Live from Mexico City video.


Finally, dream out load was was also used in the b-side to Beautiful Day in the song "Always'

"Get down off your holy cloud,
always God will not deal with the proud, always
Well if you dream then dream out loud, always
Eternally yours, always"

I think that's it - any other references in his lyrics that Bono has made?