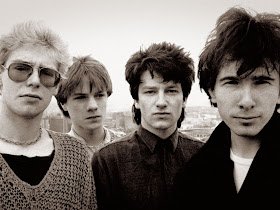 What songs have U2 covered?

You think that one of the biggest band in history wouldn't need to do covers - well the Beatles did and so did the Rolling Stones - so why wouldn't U2 record the odd cover song?

They are a great way to add a bit of colour to a B-side or are an expression of an artist's appreciation for what has inspired and influenced them.

So here's a list of songs U2 have covered: