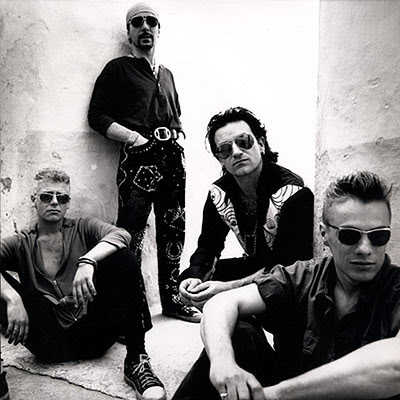 What are the best U2 songs to have a second listen to?


U2 is a band well known for its big singles. Songs like Where the Streets Have No Name, Beautiful Day and Desire all popular the world over.

Some U2 songs sometimes get over looked by the casual fan.

Here's a list of U2 songs that I think are worthy of a second listen.

Please, from the album Pop.


Pop is probably Bono’s best effort lyrically across an album. With wordplays on Michael Jackson being history over Jackson’s own HIStory pun, the blind leading the blonde and the line from Please, “Your Catholic blues, Your convent shoes” pretty much summing up Bono’s eternal search for his place and pace in the world - this song was depressing yet uplifting at the same time. Overall, it was a question being asked of Ireland's political leaders.


“These days, days, days run away like horses over the hill” being sung over and over at the end always remind me that I never have enough time to do what ever it is I wanted do. This song did make me go see a documentary on the guy it was dedicated to, the author Charles Bukowski and read some of his books.


This song has the Edge singing about the life of the John Boyle O'Reilly, who was deported to Australia for writing bad poetry. The song's sentiments reflect the hard life that immigrants faced when they arrived in Van Dieman's Land. It's probably the best vocal the Edge ever did.


Clearly not an original U2 song but when you hear Bono sing it, it has the emotion that all their big hits have. Released as a B-side to With Or Without You, it has been a favourite amongst the U2 hardcore for years.


While the fire is a reference to atomic bombs being dropped in Japan (an early portent of How to dismantle an Atomic Bomb maybe?) the album seemed dedicated to two Kings – Elvis and Martin Luther King. MLK is sung like a lullaby. While Bono’s politic rants and beseeches and besmirches of The Man might put the more jaded and cynical amongst us to sleep, you can’t complain that this song does the same in a nice under the covers on a rainy day kind of way.

Beat on the Brat, cover of The Ramones, from the We’re a Happy Family Ramones Tribute Album.

Beat on the brat with a baseball bat. Yeah punk. U2 started out playing Ramone’s covers trying to pass them off as their own. Which is pretty much the music industry down pat these days. What can you do?

Original of the Species


Coming from their popular How to Dismantle and Atomic Bomb album, Original of the Species is almost like a classic father to daughter message, 'Don't Grow Up Too Fast, Baby'.

What are your favourite U2 songs you think are worthy of a second listen?