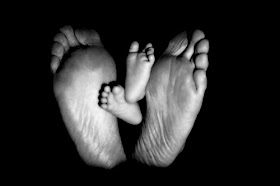 U2 songs with lyrics about Mothers and Fathers


All good song writers tap their family tree for lyrical inspiration now and then.

There's been plenty of popular songs that feature lyrics about parents and their children.

A classic example is Cat Steven's Father and Son.

It's with no great surprise then that Bono has chosen to reveal insights into his feeling about his family in a few of U2's songs.

Here's some thoughts about a selected few...


Mofo was the sixth single flogged from the supposedly terrible Pop album, the lyrics in part refer to Bono's beloved mother, whom he lost at the age of fourteen. Bono would later refer to his mother again in Iris (Hold Me Close) from Songs of Innocence.


Mothers of the Disappeared


The Mothers of the Plaza de Mayo, is a unique organization of Argentine women who have become human rights activists in order to achieve a common goal. For over three long decades, the Mothers have fought for the right to re-unite with their abducted children. It was this work that inspired Bono's lyrics. 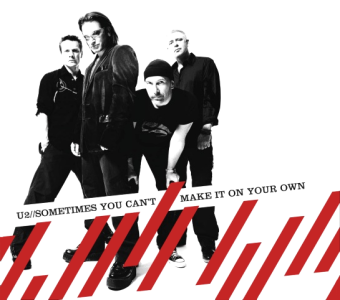 Sometimes You Can't Make it On Your Own


The lyric was written by Bono as a tribute to his father, Bob Hewson, who died in 2001.

Bono sang this at his funeral.

In the video for the song it was prefaced with the following from Bono:

"My father worked in the post office by day and sang opera by night. We lived on the north side of Dublin in a place called Cedarwood Road. He had a lot of attitude. He gave some to me - and a voice. I wish I'd known him better."

On Your Own song shares similar parental sentiments as found in Kite from the All That You Can't Leave Behind album.


The October album was definitely Bono on channelling and challenging his spiritual side - Tomorrow sees him exploring his thoughts around his mother's death and the spectre of her possibly meeting Jesus.

A song from the Grammy Award winning album, Zooropa, The first verse of this the First Time hints sentiments of falling in love for the first time or perhaps truly, madly, deeply falling for someone.

The lyric "I have a lover, a lover like no other" suggests the latter perhaps is true.

The second verse refers to the love of a brother who would do anything for his sibling - the word brother could easily stand in for friend here as well.

The final verse talks of the love between a father and son that perhaps has gone sour.

Collectively these three different settings make for a great story and makes you wonder what kind of person is telling this story and how do those elements relate to one another?

Indeed, there's almost a hint of the Prodigal Son story surrounding the entire fabric of the song.
Dirty Day from the same album features a line from Bono of which is Dad used to say "I don't know you and you don't know the half of it", "No blood is thicker than ink", "Nothing's as simple as you think", and "It won't last kissing time."

I believe in Father Christmas

Want to know more about some other U2 lyrics? Check out 10 U2 Love Songs.