Songs of Experience album track list & lyrics by U2 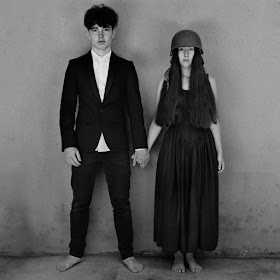 Songs of Experience Track list order & Lyrics by U2


Songs of Experience is the companion album to the Songs of Innocence album that U2 released to the world for free en-mass via Apple’s Itunes in 2015.

Prior to the release of that album, many U2 fans had expected the album to be called Songs of Ascent. This was based on comments from Bono in the lead up to the release. At the time of the Innocence album and tour, the band repeatedly mentioned they had grand ideas for two albums (or more!).

The band has since formally committed to the world at large that the next album will be called Songs of Experience.

And this is fitting as there is a thematic connection here through the works of poet William Blake. Bono has spoken how that body of work inspired his lyrics for both Songs of Innocence and Experience:

What was the subject of Blake’s work?

It was a collection of poems that reflected where the state of childhood 'innocence' was influenced by the world cutting in on childhood as 'experience. These being influences such as corruption, oppression by religious movements, state domination and the machinations of the dominant classes.

Hence the lyrics of Songs of Innocence featured a lot of Bono’s experiences as a young lad – the death of his mother being covered in Iris (Hold Me Close) for example. Cedarwood Road is about childhood friends that group up with Bono in the street


Lyrics to U2’s Songs of Experience album and order of the track listing:

The bonus tracks for the deluxe vinyl edition include: