What's in an album name? Innocence and Experience 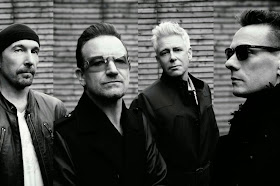 What's in an album's name? Songs of Innocence and Experience

Now that the dust has settled somewhat with the release of U2's Songs of Innocence, we can take the opportunity to ponder the album's title.

What's in a name?

Where did it come from and what was the inspiration?
A little bit of literary digging reveals the title to be a reference to William Blake's work, Songs of Innocence and Experience.

What was this work about?

It was a collection of poems that reflected on how the state of childhood 'innocence' was influenced by the world cutting in on childhood as 'experience'.

These being influences such as corruption, oppression by religious movements, state domination and the machinations of the dominant classes.

So why is this relevant to U2?


Bono has centered several songs of the album's lyrics around growing up in Ireland.

He said in an interview with Rolling Stone Magazine:

"We wanted to make a very personal album... Let's try to figure out why we wanted to be in a band, the relationships around the band, our friendships, our lovers, our family. The whole album is first journeys—first journeys geographically, spiritually, sexually"

Iris is about the early loss of his mother.

Cedarwood Road is about childhood friends that group up with Bono in the street.

The Miracle reflects the influence of the band that The Ramones had on them as young men and even This is Where You Can Find Me Now is an ode to The Clash's Joe Strummer - a man whose songs greatly inspired them.

Raised by Wolves covers a car bombing in Ireland that Bono personally felt close to - real world experiences creeping in as he and his band mates become men.

The effect of William Blake on Bono's song writing subjects has not been a recent observation. For a 1997 review of the 'Pop' album, poet Brendan Keneally noted when discussing that album's lyrics:

"We live in an age when sexuality and spirituality are usually treated as completely separate realities despite the fact that down through the ages some of the greatest poets and song-writers identified the presence of the one in the other. Think of Blake's 'Songs of Innocence and Experience', D. H. Lawrence's poems, stories and novels, and some of W. B. Yeats's greatest poems."

Light and dark? She wore lemon, but never in the day light...

Interestingly, Bono was proclaimed the album was going to be called Songs of Ascent which I think was a reference to the Psalms of the Christian bible.

But that's not the half of it


The Joshua Tree album was originally intended to open with a track called "Beautiful Ghost".

Bono was to recite "Introduction to Songs of Experience" but the recording was dropped in favour of the album opening with Where the Streets have no name, a wise choice.

None-the-less it's clear Blake's writings have been on Bono's mind for some time.

In amongst the madness of the release of Songs of Innocence Bono revealed the existence of a second album U2 intended to release, Songs of Experience.

Released some 3 years after SOI, it acts as a direct companion album to Innocence - presumably in the same way the Grammy award wining Zooropa was a very close cousin to U2's career highlight, Achtung Baby.

Perhaps this second album will tell the kind of tales that Blake thought changed children - it would not be new territory for Bono. Indeed, the official word from U2 described the album's lyrical meaning as:

'While Songs of Innocence charted the band’s earliest influences and experiences in the late 1970s and early 80s, the new album is a collection of songs in the form of intimate letters to places and people close to the singer’s heart; family, friends, fans, himself

Check out the Songs of Innocence album on Amazon and the new single from Songs of Experience, You're The Best Thing About Me and the ripper of a track, The Blackout.
No comments:
‹
›
Home
View web version